A GIPSY family from Romania can’t wait for their chance to come to Britain- to grab a staggering �,000 A YEAR in state benefits.Aurel Iorgu, wife Fanica and their five young children currently live in squalor in a tworoom mud hut and struggle to survive on only �000 a year.

But as Romania prepares to join the European Union in January, Aurel can look forward to a 750 PER CENT pay rise compliments of UK taxpayers. All he has to do is scrape together a few pounds for a cheap air-fare to Luton, find himself a job as an unskilled worker and rush to the nearest Jobcentre. Under barmy EU rules, he would immediately be able to claim British tax credits and child benefit – even though his kids will be 1,200 miles away in Romania. Fanica, 32, said: “It is great for us and we are very excited.

“I can stay here in Romania with the children and Aurel can earn wages and get this free money sent back for the family. We can save – and maybe if we have enough we can all come to England.” The same deal applies to tens of thousands of other poverty-stricken families in Romania and its neighbour Bulgaria when they become EU members next year. And it already covers the 600,000 people who have poured into Britain since the last batch of East European nations joined the EU in 2004 – costing taxpayers �million in child benefit alone.

The Iorgu family live in abject poverty in a village near the Romanian capital Bucharest. Aurel and Fanica share their house – which has no loo – with children Marian, 12, Elena, nine, Viorel, seven, Luci, four, and two-year-old Vasile.They get just � a month in earnings and � in state benefits – less than �000 A YEAR.But in Britain, Aurel would pocket �7.40 a year for his first child and �8.40 for each additional one – a total of �341. The family would also pick up �,715 in tax credits, making a total of �,056 A YEAR.

Fanica said: “We prayed to Jesus for a better life. Now it seems that our prayers have been answered.” She added: “Tony Blair is a nice man. He’s very generous to poor people like us and we are very grateful.” Warnings that there will be a mass exodus from Romania and Bulgaria come as no surprise to community leaders there.Aurel’s village elder Gheorge Posescu said: “Why wouldn’t they? Look around you – we have mud for roads and shacks for homes. To them, this is free money.”

Thousands of other families in the region share the Iorgus’ dream of a life beyond their wildest dreams in Britain. Hard-up Arpad Bodea lives in a squalid shack only a few miles from the Transylvanian village where Prince Charles has just acquired a holiday home. Incredibly, FOURTEEN people are crammed into the tiny home – Arpad, 46, wife Vasibi, 38, and children Marcel and Alex, 17, Iona, 14, Nicosor, 12, Adrian, eight, Simi, seven, Nicusor, six, Remus and Remeu, five, pregnant Margareta, 21, her husband Ioan, 24, and their son Alex, two.

Ioan said: “Myself and Arpad will come to England to pick fruit and vegetables. That way I will have enough money for our child when he is born in January and Arpad will have enough for all his children.”Romanians and Bulgarians are targeting Britain as rich states like Germany and France refuse to let them work – which means they don’t qualify for benefits.But Britain has agreed to take in 20,000 unskilled workers – sparking a stampede for passports in the two nations. Despite claims by Home Secretary John Reid that the Government will make sure there will be no flood of immigrants, current laws mean anyone from the region can travel to Britain.

And although there are quotas on unskilled labour, there are NONE for the self-employed.Worse, anyone caught working illegally in Britain can only be fined �000. And under European laws, they CANNOT be deported. Benefits rules in Britain involve a maze of red tape. But incomers can pay for help from “immigration consultants” like Polish expert Przemyslaw Szymanski, who was highlighted in The People last month. HM Revenue and Customs confirmed Romanians and Bulgarians can claim tax credits and child benefits – even if their children do not live in the UK.But Sir Andrew Green, of the Migrationwatch UK think-tank, said: “This defies common sense.”The Government should have negotiated a reduction in benefits to take account of the lower costs of living in Eastern Europe.”Instead, they left the British taxpayer to pick up the bill.”

Having read what you, Mr Daniel Jones had to say ,I can not ignore the optimism that overflows through out the article. Certainly, having had a beer ,it did help.( I am not insinuating that your readers should drink few pints ,before attempting to read your daring article; perhaps only the Sun, Daily Mail, Daily Express, and other few other media ‘true brits’ at heart, would dare to do it ). Filtering the information always makes a good article. Personally I wouldn’t be bother to read it, if the article itself was concentrating on good things about Romania. I just love the dirty little secrets made public by you, and I am sure you already know ,what common people like me ,likes to read. Hopefully, next time I can read about you taking time out of your busy schedule ,only to save babies when they are thrown at tourists, by gypsies with missing teeth (after they bribed the dentist to take them out before hand) and then having your wallet stolen ,while you are diving to save those poor gypsy babies from an imminent death . Or even better if you write about meeting two Romanians ,stealing from ATM machines and then they asks you for advice if you think that it will be better, to steal the whole cash machine and selling it for parts later.

As I have become a new fan of your article ,I am asking for your permission to reproduce your point of view on www.easteurope.org.uk in order to make sure that other people will be enlightened by your wisdom. 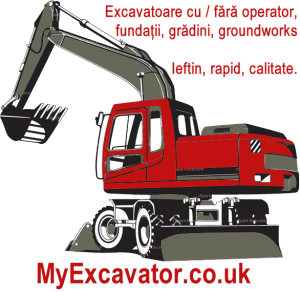 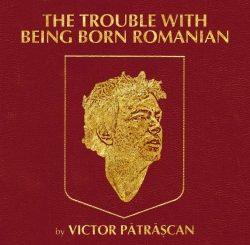 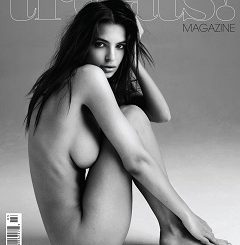