Who would you rather have as your neighbour? The “low skilled immigrant” Romanian Florin or Farage, if confronted by a terrorist?
Click Romania has started a petition online to get Farage deported to Romania. 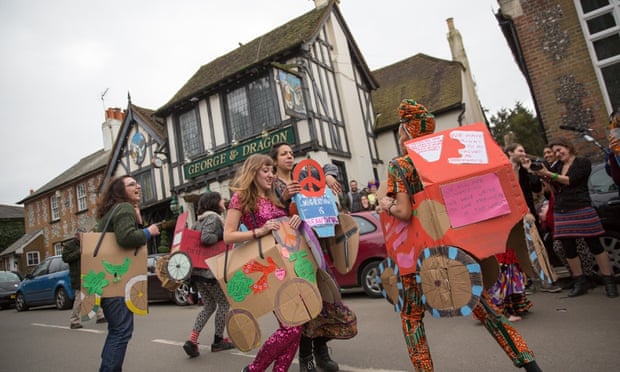 Protesters outside the George and Dragon in Downe, Kent. Photograph: Mike Kear

Anti-Ukip protesters in fancy dress forced Nigel Farage to flee his local pub..the Ukip leader, who is thought to have left in a car driven by his wife, said that a relative had returned to the pub and his children were later found safe.